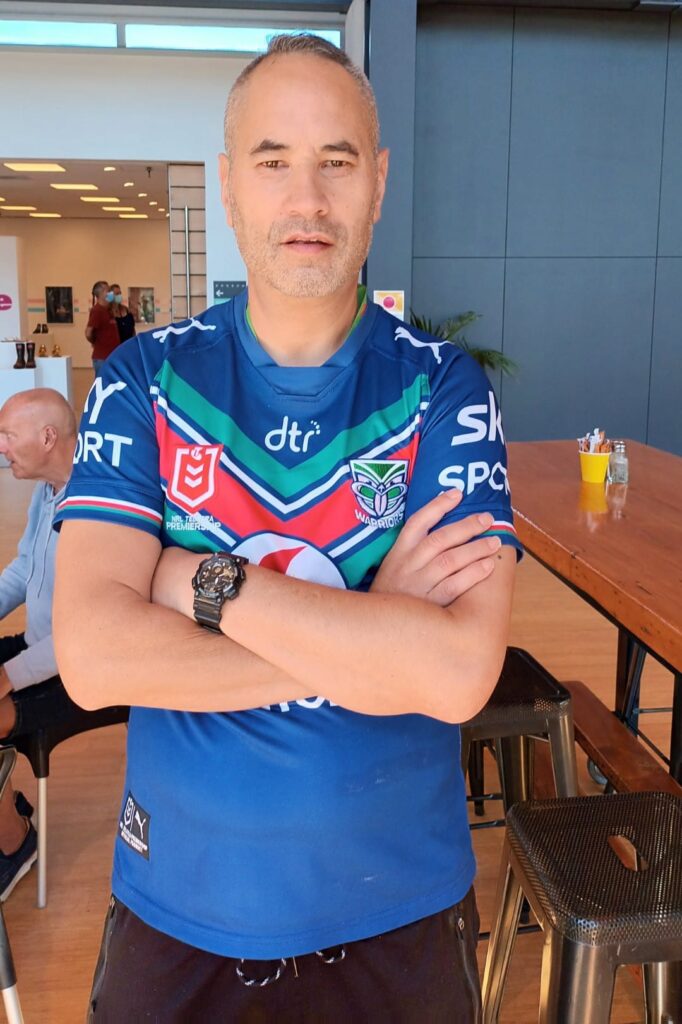 I’m a regular guy who loves potato wedges, the Kings of Leon, and rugby league. (Did the jersey give it away?)

This particular jersey is the New Zealand Warriors home jersey. They are a team that promises so much but usually delivers so little. In a word- ‘Heart Breakers.’

My life has been no stranger to disappointment.

30 years ago I heard 30 different voices. By voices, I mean as loud as the television constantly playing every waking moment of every day for nearly six months straight.

However, the six-month psychosis was easy compared to being overmedicated. Schizophrenia was a sweet gig compared to the treatment I received.

This was my life post-hospital/medication:

…and then ten years later I developed OCD. Obsessive-Compulsive Disorder.

It was Just a Game

My OCD started off as just a game.

When I was walking the streets I would try and guess the number of steps between the gaps of the pavement.

If I guessed wrong then that would mean I would incur a punishment. Something bad would happen to my family. Thus every time I guessed wrong I would need to get the next guess right or else I’d keep incurring a kind of debt.

And what would happen if I did manage to guess right?

I’d just say to myself ‘double or nothing.’

It was a no-win situation.

Soon after I started checking my wallet was on me while I was on the bus. I’d check every couple of minutes for my cards and money.

I started to worry about leaving the front door unlocked. That I’d left the water faucet running and caused a flood. Or if I accidentally left a stove element on and the house would burn to the ground.

The longest single check of the house was one hour.

I use to put the heater in a drawer to make sure it wasn’t connected to a power outlet.

I’d keep on breaking my water faucets due to being them being turned off so tight.

I had even broken my front door key in half through repetitively locking and unlocking it so often.

And I was in and out of bed in the middle of the night checking the bathroom water faucet was off.

In Need of an OCD Rescue

I put off going back to the mental health team to get treatment. (By this stage I was getting my medicine through my General Prescriber.)

I fought alone for five years. Then finally I relented as was formally diagnosed with Obsessive Compulsive Disorder.

I knew that some anti-depression medications help with this disorder and was willing to take high doses as long as I would feel better. Even with my medicated history I still wanted to explore that option.

However, I started to see a therapist. Then after about four sessions, I had a breakthrough that would eventually help me escape from the OCD prison.

Except that breakthrough didn’t come through the therapist.

During this period I was checking the oven in the kitchen when I had this epiphany.

“When I look at the stove I can see that it’s off. Yet when I walk away I start to doubt myself. The real reason I keep checking is that I can’t remember! What would happen if I could use the memory systems I have learned and apply them to my OCD?”

So right there and then I birthed the genesis of my memory system.

Over the past decade and a half, I have refined this system.

To be honest I still check. I still have a couple of compulsions and rituals.

But I check for less than 5 minutes each day.

I don’t do therapy. I do memory systems.

Now I help others.

So this website is dedicated to helping people who want to:

This website is also an overview for any therapist who wishes to know more about the memory systems I used to beat my compulsive checking.

I hope you’ve enjoyed what you’ve read. I hope it helps you explore new solutions.

And I hope that you and your clients are ready to embrace a change so remarkable you’ll want to let the rest of the world know! 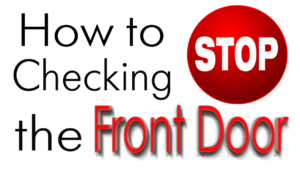